How to Create Value in Negotiations

We talked recently about how to get a bigger piece of the pie in a negotiation.

The truth is, there’s usually an opportunity to negotiate over more than one pie at a time, even when it seems like there’s only one on the table.  And if you can recognize that there are other pies too you can actually reach an agreement that’s better than the one you’d reach if you just negotiated over one pie.

Stay with me.  I promise it’s not.

In another article on negotiation I talked about three different issues in negotiation.  The first type, distributive issues, is the type where there is only one pie and it’s fixed.  It can’t get any bigger or smaller.  We both want the same thing and the more you get, the less I get.  But three are still two other types of issues in negotiations—integrative and congruent. 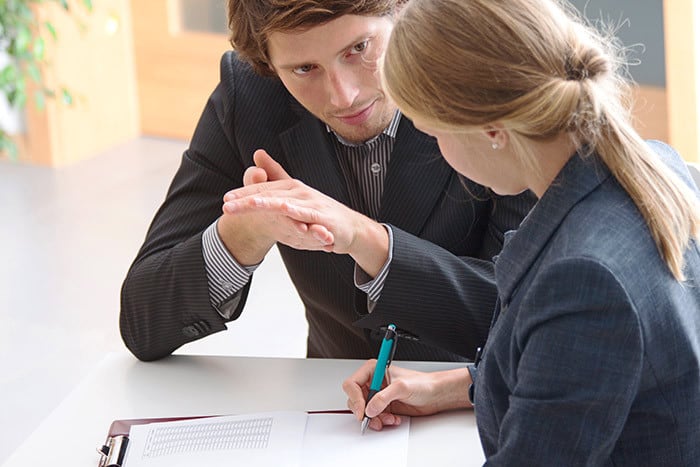 If you want to learn more about these types of issues check out my other article here.  But to summarize, integrative issues are groups of issues that matter to both of us in different amounts.  You want one more than I do, and you want another less than I do.  These are the types of issues that are really important to find, because they’re really common and easily overlooked.  Congruent issues are ones where we both actually agree, and what’s good for you is good for me.  It’s almost ridiculous to not get what we both want in a negotiation when there is a congruent issue, but believe me, it happens.

So how do you create value?

First, you need to recognize all the issues that are really on the table.

Let’s get back to the pie.  Before, we talked about negotiating over one pie, and how to get more of it.  But now let’s suppose there are three pies.  Each of these pies represents one of the issues we were just talking about.

Imagine that there is an apple pie, a pumpkin pie, and a coconut cream pie.  These pies are sitting on a table and you and are get to split them between us.  What do you think would happen if we negotiated over each pie, on at a time?

It’s likely that we would each want our fair share of each pie, and we would split them them all evenly.  This would be a compromise.

But let’s say that I like apple pie the best and you prefer pumpkin pie.  Let’s say that you also like apple and would like some, but you completely dislike coconut cream pie.  In fact, it would make you happier if I just took that one.  Do you see how we can create value here?

First, I would take the coconut cream pie, because you would rather I just had that one.  Then, you would take most of the pumpkin pie, although I would like a little piece.  Then, we’d split the apple pie fairly.

In each case, we each end up with about one and a half pies.  But in the second case, we each get more of what we want.  After all, what would you even do with half of a pie that you don’t even like?

Let’s use the example of buying a house.  When you’re buying a house, you might think that all you’re really negotiating over is the price.  But in reality there are lots of other issues in play.  Let’s talk about a few of them.

First is obviously the price.  This issue seems extremely distributive, but if you take it in conjunction with the other issues, it can easily become integrative.

Next, there are closing costs.  There are costs associated with the home sale transaction.  These are related to the title transfer, appraisals, initial escrow payments, etc.  And it’s not uncommon for the buyer to request that the seller cover at least a portion of these costs.  This is a really common point of negotiation in a house sale.

There are often contingencies in the contract for the buyer.  This allows them to back out of the contract if the home inspection turns up any issues or if they’re not able to sell their existing home.  These can hold up the sale and are understandably unpleasant for the seller.

Sometimes the seller will offer cash at closing to cover any known issues with the house.  This can be really nice for the buyer.

To keep things simple, we’ll only look at these issues, but keep in mind that there are still other issues in the sale of a house.  Recognizing all of the issues and then negotiating them together can allow you to actually create more value in the negotiation.

So how do we create value out of these issues?

Well, most people look at this and start immediately negotiating on the price.  That’s the usually the most important issue for both parties.  But let’s break down all the issues and rank them in terms of importance to each person.

Price—this is usually the most important issue to both parties in the negotiation over a house.  The more the buyer pays, the more the seller gets.  But it’s actually more important to the seller, usually, than it is to the buyer, up to a point.  You see, the buyer usually uses a loan to pay for most of the cost of the house.  And that loan will usually be paid off in fifteen to thirty years.  So, as long as the agreed upon price isn’t above the amount that the buyer can actually get form a bank, the buyer is actually less sensitive to price than the seller because the seller gets the proceeds from the sale today whereas the buyer pays for the purchase over many years.

Contingencies—a lot of times the bank won’t allow you to close on a new loan until you sell your previous house (if you have one).  So a lot of times you can’t avoid this contingency in the contract.  Home inspections are also really common before purchasing a house and it’s probably a good idea to keep that contingency in there.  However, let’s look at this from the seller’s perspective.  If they accept my offer to buy the house, take it off the market, allow for an inspection, and then get all ready to close just to have me back out because I can’t get my house sold, then they potentially have several months of lost time selling their house.  This means that if they got a similar offer but without contingencies, they would prefer to take it.

Cash at Closing—This actually has a very similar effect to closing costs.  It means more cash available for the buyer at the time of closing but it means less cash for the seller.

So how do these stack up in terms of importance?

Well, that’s going to vary depending on the situation.  But for this exercise we’ll make some assumptions.

We’ll assume that for both people, the price is the most important issue, and this is generally true.  For the buyer, contingencies come next simply because the bank will require them to sell their existing house before they can buy.  They don’t have a choice.  They also feel like a home inspection is really important and don’t want to buy a house with serious problems.  Closing costs come next and are important to the buyer, who may be short on cash because of the significant down payment they need to make on the house.  Cash at closing comes last because it’s not an expectation, it would simply be nice to have.

For the seller, the second most important issues is closing costs followed quickly by cash at closing.  These are both costs that come out of their pocket immediately at closing and they will want to minimize those costs as much as possible.  However, because price also affects the seller’s cash position at closing, the seller doesn’t really care about the amount of the closing costs, price, and cash at closing individually, as long as the total amount is enough to make them happy.  Contingencies may be important to some sellers, buy most sellers expect them to be in the contract and will agree to them.  The might not if they have multiple offers and one comes without contingencies.  Otherwise, it probably won’t affect the negotiation.

So how are we creating value here?

But if we negotiate them together, we can come up with an agreement that gives us both more of what we want.

For instance, as the buyer, I really want cash up front to cover closing costs and to pay for needed repairs.  Even though these are important to the seller, they’re important to me too.  Yet the seller is indifferent between lowering the selling price and increasing the amount they pay out for closing costs and cash at closing.  So as the buyer, I can probably get more cash toward closing costs by agreeing to pay a little more for the house itself.  This benefits me by giving me the cash I want now, and the seller is no worse off.  And that extra amount that I add to the sale price will really only have a small impact on the monthly payment.

Likewise, the seller should understand that contingencies are important to the buyer and be willing to agree to those, but they can use that as a negotiation point to keep the sale price closer to their desired level.

If you do, you’ll find better solutions.  You’ll end up with more of the pie you like.