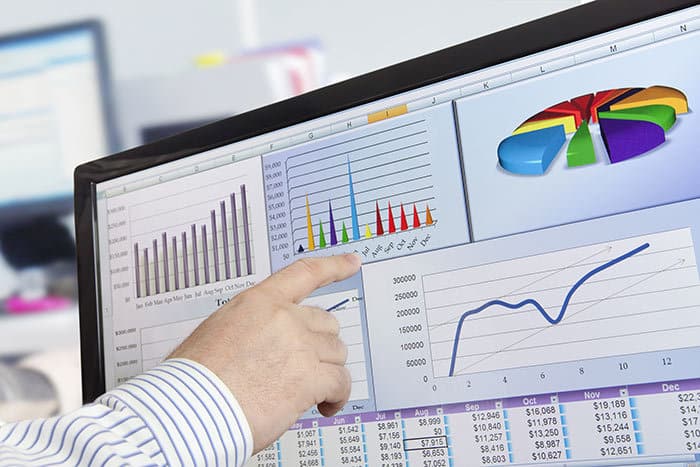 What threats does your business face?

Where do those threats come from?

We’ve talked about three other forces that can have a huge impact on the success of our business.  Each of these forces is based on the current business environment.  But the last two forces are based on the threat of future competitors.  More specifically new entrants and new substitutes.

How likely is it that someone else will enter your market?  How hard would it be for a new company, or even an existing company, to start offering the same product or service that your company offers?

This likelihood is known as the threat of new entrants.

If the barriers to entry in your industry are very high, then it means your company is in a pretty safe place as far as this threat is concerned and you can probably focus on the other forces.

New substitutes are a lot like new entrants, except that they’re harder to identify.  These are the new products or services that come out the people might buy instead of your product or service, but they’re different from what you offer.

Think about Sony Records.  Not that long ago, any musician that wanted a shot at hitting it big in radio had to be in the right place at the right time with the right song and the right sound.  It was extremely competitive.  It’s competitive today, but the dynamic was really different before.  And the only way to really make it big was to get in with a big record label like Sony Records.

But along came the mp3 and the internet.  Suddenly it became much easier for artists to record their music with a generally unknown recording studio and then distribute the music themselves through mp3.com or Napster.

It wasn’t obvious to Sony and the other big record labels that a new wave of music recording was on the horizon.  So, rather than embrace it, they fought it.  And it was companies like Apple that recognized the opportunity of this new substitute.  Now, instead of buying CD’s with the Sony Record label, we buy most of our music on iTunes.  And lot’s of people have quit buying music altogether than have started streaming it through Pandora, Spotify, and Amazon Music.

Now, Sony Records is still around.  People still buy CD’s.  But Sony missed out on the new wave of music buying because they didn’t recognize the new substitute as a real threat.

The point here is that new substitutes are just as threatening as new entrants, but they can be much harder to identify.

No matter what business you’re in, there are almost certainly threats of new substitutes and new entrants.  What’s important is that you recognize them and figure out how to deal with them.

If you’re in a business with a high threat of new entrants, then you may be facing a major headwind.  We we discussed in the article on Intensity of Rivalry, you may be able to keep competitors out by keeping your cost down at a level where they either can’t or don’t want to compete.

You might niche down further making it harder for new entrants to compete in your area of expertise.  This can also help you build a strong brand name in a small niche.  The strength of your brand is less about how many people know about it and more about how loyal your customers are to it.  You can increase your brand loyalty by focusing on a smaller group but becoming the go-to resource for your customers.

If you have either a high threat of new substitutes or you’re concerned about new substitutes then one great option is to innovate better and faster than the substitutes.  This is what Sony and other record labels should have done.  As mp3’s started to increase in popularity, Sony could have used their position and resources as a leader in the recording industry, and become the leader in mp3 sales.  Instead, they ignored that opportunity and let Apple and others eat into their business.

Watch your industry.  Know your customers.  Why do they do business with you?  If something else comes along that fulfills their need in a new and better way, then find a way to do it even better.  And do it quickly.  If nothing else, at least match what your substitutes are doing.  Once you lose customers to new substitutes, it’ll cost you a lot more to get them back.

What it comes down to in the end is looking at what’s going on in your industry and thinking about how it might impact your business.  Is there a chance that your suppliers or customers might do something that could disrupt your business?  How strong are your competitors?  What’s keeping new competitors and substitute products from taking all your customers?

It’s important to understand these dynamics if you want your business to survive, and especially if you want it to thrive.  So walk through this exercise regularly.  Identify the threats.  Figure out who holds the power.  And do what you can to shift that power dynamic where you can so that your business is in control.  And when that’s not possible, at least make sure you have a backup plan.  Because if you put all your eggs in a single basket, and if that basket is controlled by someone else, then you’re just asking to have all your eggs taken away.